Siti Ulfah
Selasa, 11 Februari 2020
Facebook Twitter
When launching the mobile application for the first time in early January 2015, GO-JEK's online transportation service only serves about 500 orders a day. But 18 months later, precisely in June 2016, that number managed to increase 900-fold past the 450 thousand trips per day. In total, the GO-JEK application received more than 20 million bookings during the month. 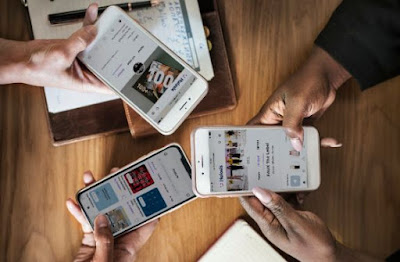 Not long after that, GO-JEK also received funding of US $ 550 million (around Rp7.4 trillion), which led them to eventually become a unicorn startup (a term for startups with valuations above Rp13.5 trillion). Even though at that time they only had a development team of less than 80 people.

"At present, we have around two hundred developers. And we run three services, each equivalent to one unicorn startup, in the same company, "Head of Engineering from GO-JEK Sidu Ponnappa, told Tech in Asia.

To explain this, Ponnappa also compared GO-JEK with several other unicorn startups in India, in terms of number of transactions.

To support these various services with large transaction volumes, GO-JEK places their developers in three offices in Jakarta, Singapore and Bangalore. Even though they only present their services in Indonesia, GO-JEK's office in Bangalore has the highest number of developers.

The explosion of the number of GO-JEK users at the beginning of the application was not successfully anticipated by the existing team.
Sequoia Capital, which is a GO-JEK investor, connects them with a startup from Bangalore C42 Engineering with Sidu Ponnapa as the Founder of the service (now the Head of Engineering of GO-JEK).
The application of higher prices during peak hours is one of GO-JEK's efforts to reduce the number of users.
Rather than continuing to increase the number of engineers, GO-JEK chose the system automation step they built.